The Hymn of a Generation II

As I mentioned at the end of the first part of my affective route, the black & white images started to gain more color and to brighten up after 1990. Actually, our inner projections and landmarks had finally found their way and freedom of expression. Phoenix had always been one of the brands ”made in TM”, a band whose songs were permanently there at meetings, be they dedicated to analytical discussions or simple parties. Their bold lyrics hid messages that, before the Revolution, had encouraged us to believe that a change could take place. We admired them, they were part of us.

I preferred not to mention Phoenix in the first part of my article because they became ”tangible” to me and people my age only when their first concert in the country, after their escape in 1977, was announced. Together with a whole crowd, I left for Bucharest to attend Rock 91, the first rock festival in the post-revolutionary Romania, in which the rock bands active at that time took part. The band’s appearance on the stage was welcomed with quite a delirium of the audience, which validated the resistance and it was visible by the number of spectators (tens of thousands). We were there from all around the country and – as I answered the TV reporter who had asked me – we hoped they would not mistreat our expectances, especially because they were an ingredient of the dough out of which our expectances were made of.

Below, a photo of me at Rock ’91. Still on black & white film, but already smiling at full color. The world was opening for us and the rudder belonged to us. 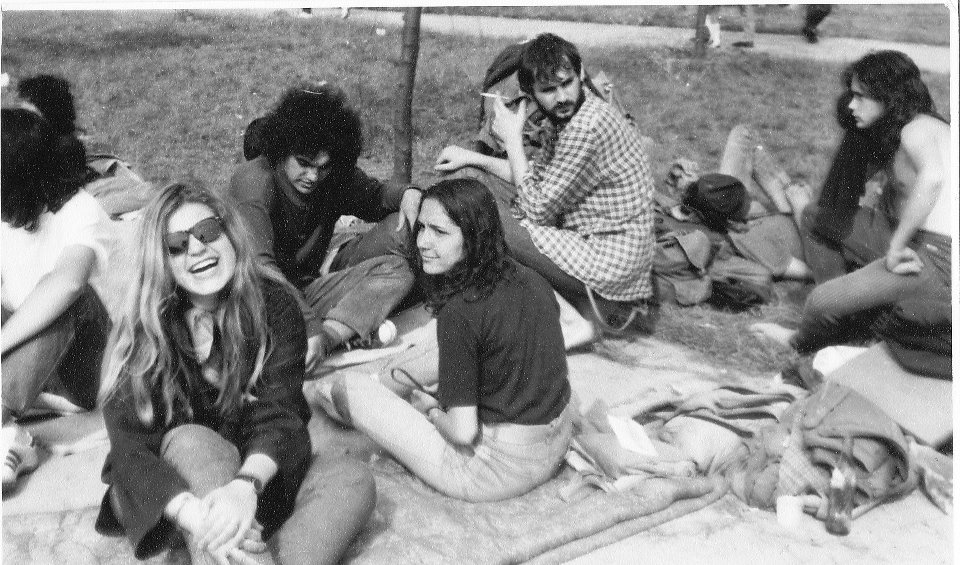 At the first Phoenix concert in the country after the Revolution, Rock '91, Bucharest. Source: Mirela Iacob, personal archive

The guys from Survolaj were about to get on stage, too. I shared the same attitude flank with them, some of my top-shelf friends for over thirty years now. They vocalized this attitude musically, before and after the Revolution, in a manner that I consider unique in our landscape. Looking for stuff to illustrate my words, I found notes from those years; among them – the handwritten lyrics of Broken Flight, one o my contributions for their record, issued in 1992. The idea of this song started from the same core of rebellion and incapacity, both wrapped in bewilderment – still new at that time. (“Broken flight, forbidden angle / Rushing back to hesitation”). An outstanding song was born and it turned into a milepost in the music of those years. 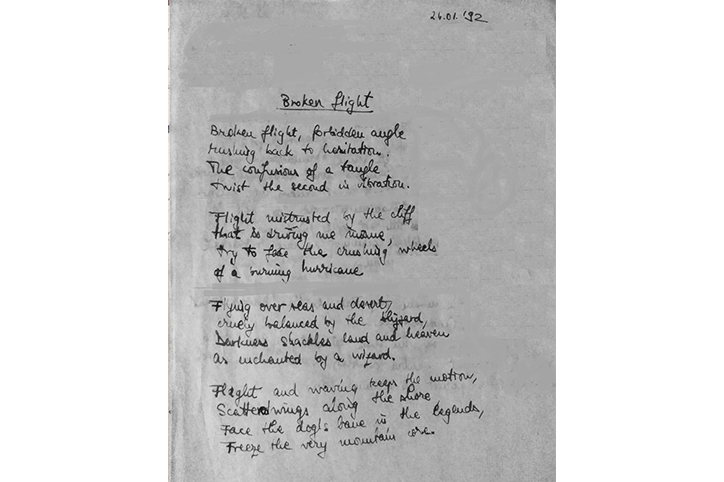 One of the places that we remember less and less (or less and less of us remember it) is „la Groapă” ("The Pothole" - the sports ground of C.F.R.), on the Bega bank. It had been a former place for Tim Rock, but also for jam sessions with several of the local characters. Some of them stayed musically active, others – unfortunately – not. All of them are people who have a lot of stories to share and whose only enemy is time.

Meanwhile, Timișoara’s cultural life had vibrantly exploded. The former undercover meetings had become open and legit. 1991 was the year when Jazz Club Pod 16 appeared, managed by Liviu Butoi, a local jazzman. It was a wonderful hub dedicated to arts, a crossroads where musicians, writers, journalists, fine artists gathered... I would rather name all of them thinkers. It was a place of thinkers – both on stage and in the audience and, like many of those who were culturally active, I used to „punch my time card” in that retreat that helped us progress spiritually. The Jazz Club functioned as a sieve. We would go there not only to drink a coffee next to the bridge pillar, but also to exchange ideas and have debates. It had taken over the torch from “Bănă” and other places on the banks. I would name them purposeful places. 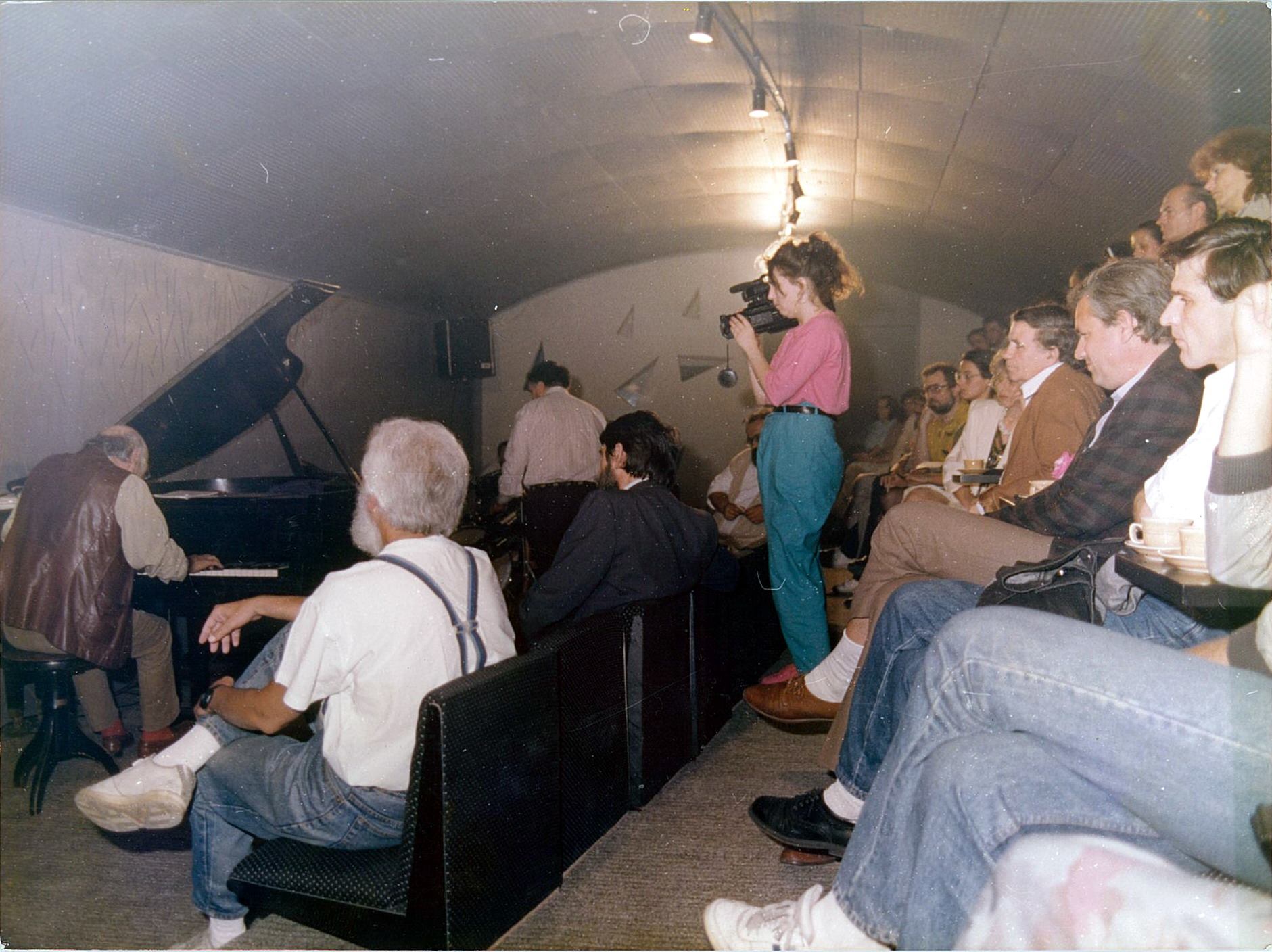 Another “purposeful crossroads” emerged a couple of years later, when the members of Survolaj broke up. Zsolt Szabo, their guitar player, established the “Crossroads” Blues Club that was active between 1995 and 2000 (the latest year marked a new time phase). The jazz club did not last through much longer either. I sang, together with many others, in both spaces. Each time when I pass over „the Maria bridge”, respectively on Gheorghe Doja street, near the iron gate that doesn’t open anymore, to let us enter the basement we used to fill up, my subconscious is triggered visually, sometimes distressfully.

During the '90s, we would walk along Eugeniu de Savoya Street, we would stop at No. 10 and enter a yard from where we knew we would leave richer – musically, but not only – that place was Rocka Rolla, the first music shop in the country after the Revolution, opened by Emil Biebel. It was another meeting point: of generations, genres, beliefs (rockers, hippies, punkers, metalheads, they were all there), but, above all, it was the meeting point of young people who belonged to Timișoara and refused to be ordinary.

Around 2000, The Youth House hosted Club Gong for a short while and very good musicians played on the stage of The Note, a remarkable club that kept its doors open for a couple of years in the campus...

... People who had something to say, places, bands. None of them deserves to be connived at because it is all part of the living history. But all references and evidence would sum into at least one book, and that is not the subject of the present article. It is impossible to mention all of them, but I dedicate a thought to each. Maybe the vibe of the city is different now; on the other hand, some of us – unavoidably nostalgic and subjective – tend to compare the then and the now permanently.

But life is a dynamic process, and that is the reason why I like to consider this only as a matter of sight, decoding, interpretation, acceptance of the change. Shortly, it is a matter of adaptation.

While writing these words, I have the feeling that I have touched much less than I wanted to. It seems to me that I only scratched the surface. Countless streets and buildings stir up my memory when I take a long walk across Timișoara, the city I belong to. And many others feel the same.

The closing idea hits me suddenly and naturally. I am very glad that I had this opportunity to open my bag with fairy tales for the Architecture Tours, a frame of circumstances where I am positive that the stories will be capitalized accordingly. In the end, I have two suggestions to make.

The first is intended for this great team of nice people who initiated and led the tours, the site, the actions, the blog. Your invitation honored me and I suggest that you continue your approach with other people my age, who have something to tell.

Secondly, I speak for my readers, probably most of them young and for sure from all over the country. Each place has its memory that leaves marks upon us and on which we leave our own marks. Timișoara was and stays a wonderful bastion (with all meanings of this word), whose bricks can be and must be ennobled by those who chose Timișoara as a permanent or only temporary itinerary. Because it would be beautiful when others mentioned you in their stories. For that, I thank you.