The Hymn of a Generation

I am at Revolution Fest, at the Village Museum.

Explosively, the Bosniaks of Dubioza Kolektiv rhythm everything. I am jumping and singing in one voice with them „Ovo himna je generacije…”. „This is the hymn of a generation …we live on the edge of our nerves”*… but which generation are we talking about?

I look around. On the left, the profile of a friend, the same age as me. On the right, an identical profile, about twenty years younger. Father and son, both of them are pulsating enthusiastically. Watching the young one, I remember another Revolution, the essential one, when, together with his father and other friends, I was out on the streets.

There is nothing new when I say that no wonder it all started in my city. So I will only mention that all the necessary ingredients were there. The inhabitants of Timișoara had better access to information and media, due to their geographic location (so they “caught” the radio and TV channels in the former Yugoslavia), and also due to the mixed ethnic groups – many of those who had relatives in Germany received publications and music from them. The rebellion was outlined and it was growing up, documented and motivated, being after all an illustration of the premise „knowledge is power”. Something was obviously boiling “underground” until it blew up. Like in the above-mentioned lyrics, we were “on the edge of our nerves”. More and more attentive, Timișoara was a receiver, and art had become one of its main emitters. Music was the main means of appeal, through its lyrics. So I’ve decided to illustrate my words with video clips of bands that played in those years. Metamorf was a band that came to the fore from that underground – the film is made shortly after an altercation with the Militia**

My mind opens up and an image strikes vividly: I, in Opera Square, in December 1989. I asked for some A4 paper sheets and paper pins at the dairy shop on the corner (the actual McDonalds) and I made a poster on which, with a blue pen, I drew a large symbol of „make love, not war”. In the margins of the poster, I wrote in Romanian, in big letters “The new society needs peace, not anarchy”. I walked around the center, carrying my hopes on and inside my chest. The inner hymn of a generation was born in those days, in a conglomerate of sensations, feelings, and wishes.

I was 18, I wore a cherry snow jacket, my dreams were over the border, I had bold ideas and I thought I could change the world.

I posessed high currency – a couple of original vinyls with Janis Joplin, Frank Zappa, Pink Floyd, Queen, Jimi Hendrix, among many made by Electrecord.

I had bought them in the vinyl market in the Botanic Garden, which took place for a while, as a sequel of the one in Iosefin Market. That was the place where I would meet other music fans, out of which many were friends of mine. The fact that a young woman or man living under the communist regime, could own an original vinyl in ’85-’86 and listen to music and lyrics that helped her or him hope and use the brains, was of great impact. This is how we all found each other, looking for gates – terrestrial and spiritual – we could open.

We started to exchange records, books but most of all – ideas. We used to go to restaurants/brasseries/summer gardens Flora, Bănățeana, Bastion, Cina, Vaporul, „H”, Intim („Sári néni”). Meanwhile, those places changed but they are part of any brainstorming about those years.

I used to go to “Bănă”. Beer was diluted and the detergent they use to superficially rinse the mugs would linger in the taste of beer. But that detail faded because we would talk about writers, philosophers, and music. I had met people 10 years older than me – among them, many musicians and fine artists who were representative for Timișoara and their means of expressions are still powerful nowadays. I was already a student in Philology at the West University and I started to enjoy intellectual challenges. We used to sit at the tables made of wrought iron and discussed everything that came (and especially slipped) to hand. We found out, sometimes in a veiled way, about cultural events that deserved to be attended to. On Thursdays, we would attend the music auditions at “PM6 Club” (the Youth House) initiated by Petru Umanschi.

We were eager and thirsty – of information, of culture, of truth, of reality. I think this thirst was a fundamental dimension of those years, it was the fuel that roused the spirit of Timișoara. 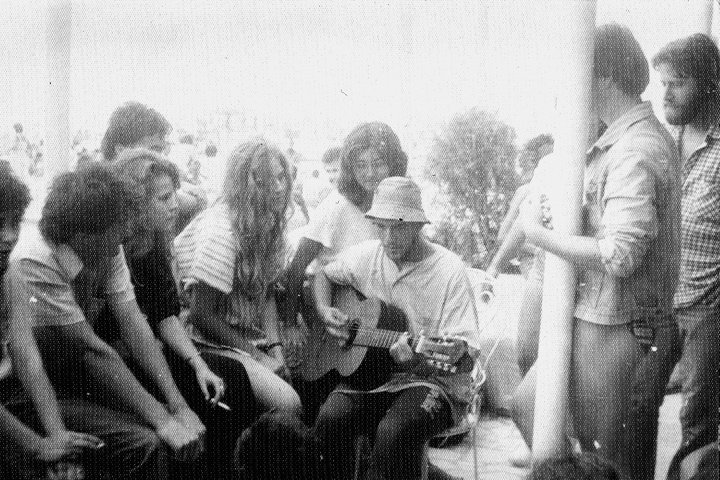 Three locations in the Iosefin district marked me before ’89, as active catalysts: The Students’ Cultural House, the “Tehnolemn” Club, and the “Lira” Hall, all grouped within walking distance. “Tehnolemn” was the place where I sang “officially” on a stage for the first time. The student’s theatre group “Thespis”, led by the director Diogene “Lelu” Bihoi was hosted by the Students’ House, which still is a students’ cultural center. “Lira” was another location for concerts. 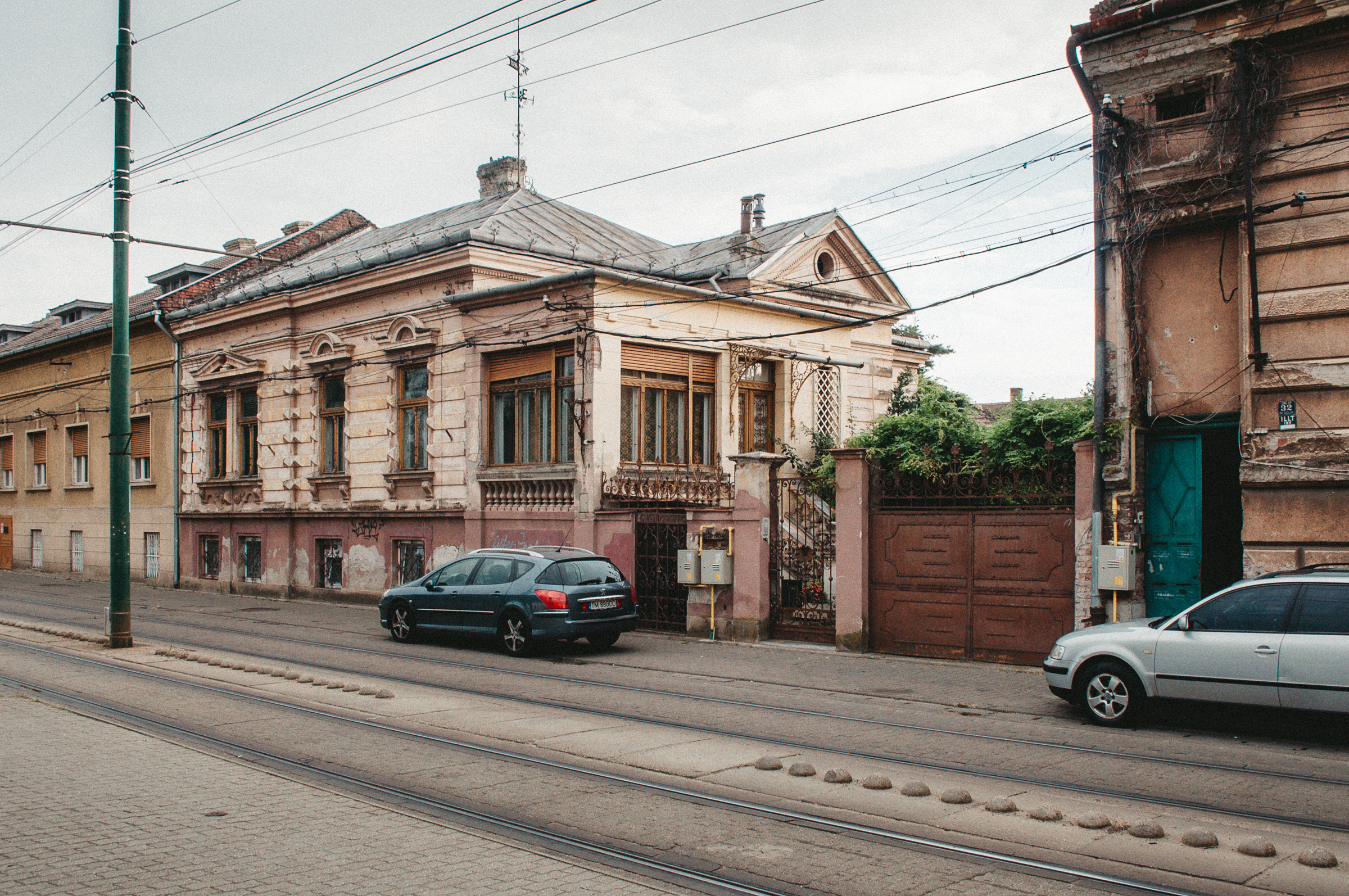 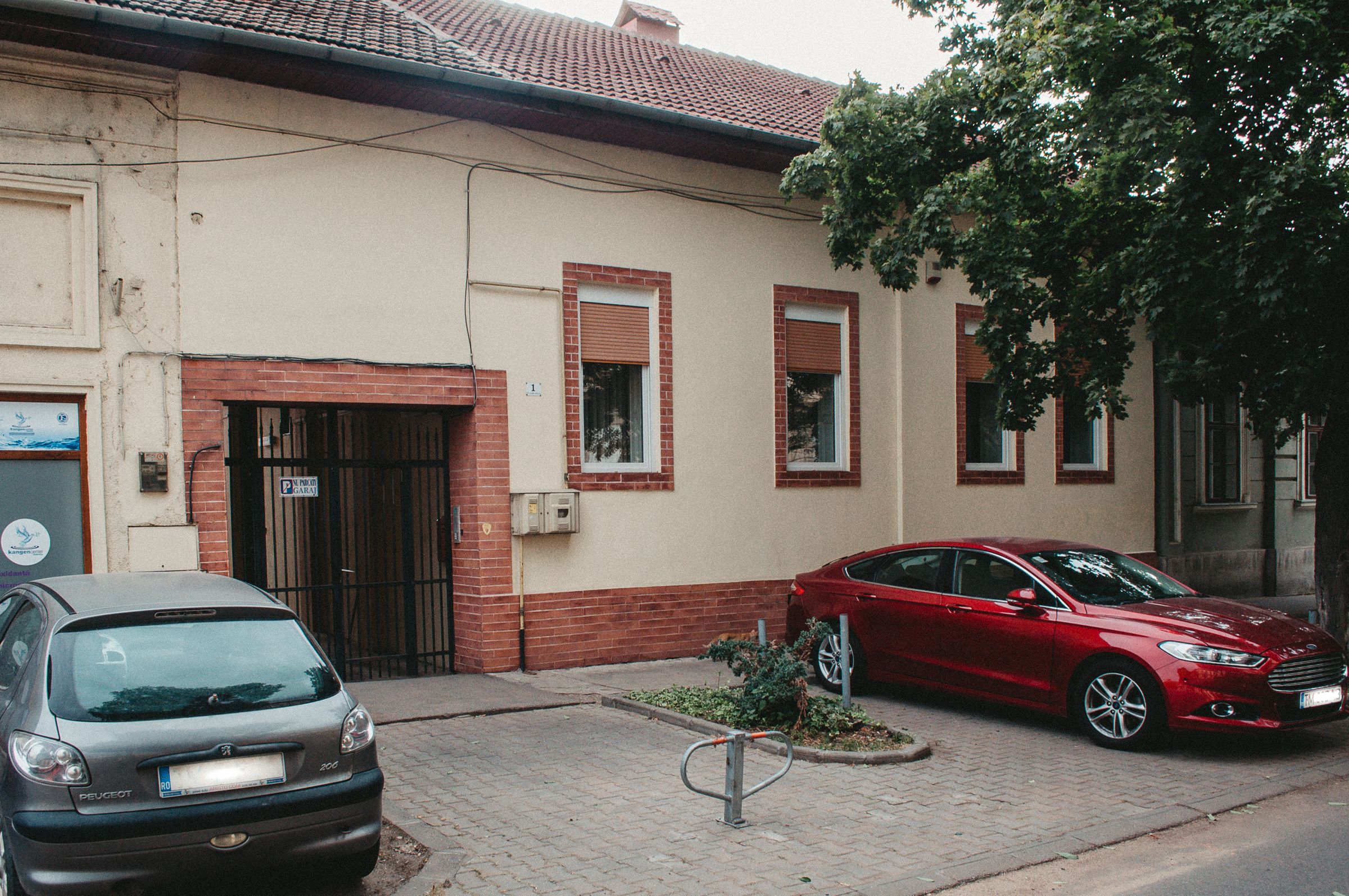 In those years, we looked up to those older than us, who had something to say and did it. Pro Musica and Cargo were and are still on the front line. I attach a link with a concert of Pro Musica at the „Capitol” Garden, a few months before the Revolution (I was the backstage fan). I’ve chosen the link because it illustrates both the atmosphere and the audience. The link is followed by a tribute of the two bands.

Pro Musica before the Revolution

Pro Musica after the Revolution

Cargo after the Revolution

I cut my story into geographic “slices” coordinated in time, although some layering and knots appeared on the road. This first affective route ended around 1990, and it was followed by other places and cores. I visualize this interval of time almost entirely in black and white, like in “Leto”, the Russian movie directed by Serebrennikov. Again like in the movie, the colored spots of my memory signal those moments and times when we dared to dream.

Maybe most of those in their twenties or thirties see my words as simple stories because they don’t have a measure unit and the places that came up in my text got old, some of them even disappeared. But these “stories” are part of the more or less realized identity of these young people born here. They received the palette from us, to expand the colors that were still blurry and to give them shape, context, sound, and volume.